In this panel you have access to the complete list of 3D animation of the scene.
Thanks to the toolbar you can add an animation, search by name and delete the selected animations. 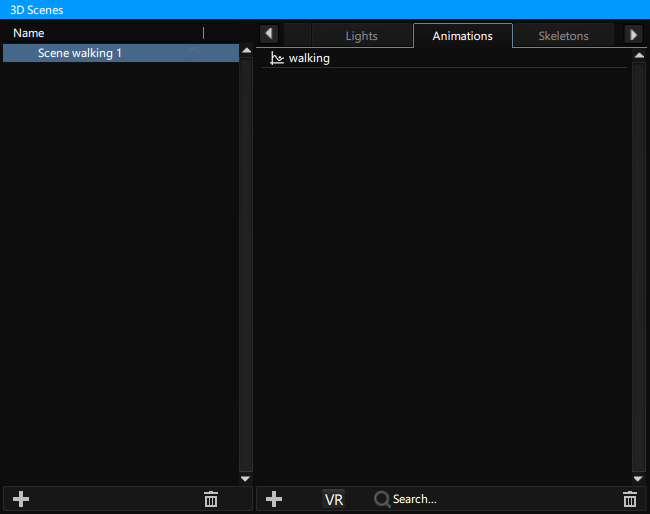 You can create a 3D animation at any time with the dedicated panel but also import the one present in your 3D files such as Maya, Cinema4D, Blender,…

Once creating an animation by cliking on

, you need to select the 3D Node and drag and drop the parameter you want to animate in the left part of the Animation editor

When you import a 3D file, you have the possibility to load the animations present in it but also to be able to pre-calculate them (bake animation). This has the huge advantage of being faster and faster to load.

*It is strongly advised to pre-calculate the animations if they do not have to be modified. This is the default option.

!Warning! A pre-calculated animation is no longer editable.

Once created or imported you have access to the following settings: 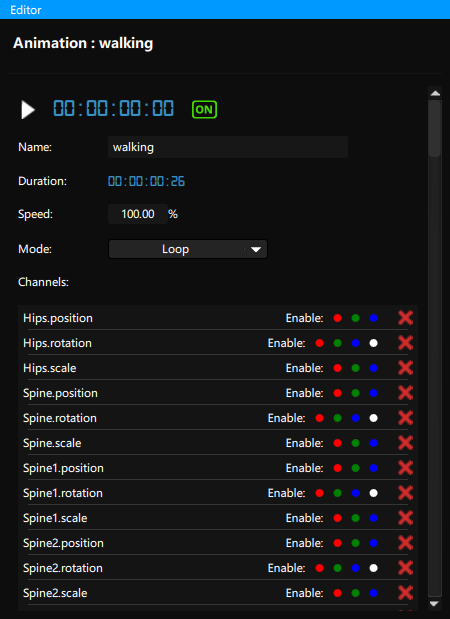 *The values that can be animated are the properties that change the background color when the mouse hovers over them (e.g. position of a node).

*To add a channel (value to be modified) you have to drag and drop the value in the left part of the curve editor.

Drag and drop in a timeline

You can drag and drop an animation directly in your timeline. This will create a layer to take control of the animation time.

!Warning! The layer in the timeline takes over the timecode of the animation, even if it is on play. 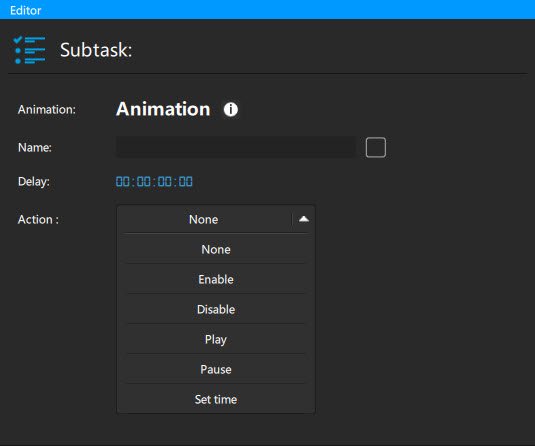