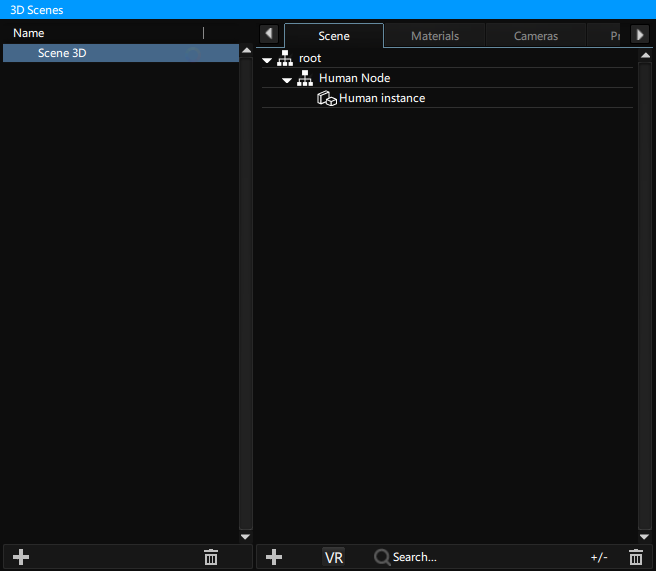 The structure is in the form of a tree where each node can have instances, cameras, projectors,… and these nodes have positioning properties in space.
At any time you can re-parent or reorder the structure by dragging and dropping the different elements into each other.
At the bottom of this panel there is a toolbar where you will find: a dynamic search field when you need to find an element of your scene by its name, an expand/colapse hierarchy button, a trash can button to delete the selected elements and the VR button to activate the rendering in a virtual reality headset if there is one on the side of the PC.

By pressing the “add” button on the toolbar, a menu will give you a list of objects that can be added to your scene: prefabs, cameras, projectors, lights, or import a 3D file. 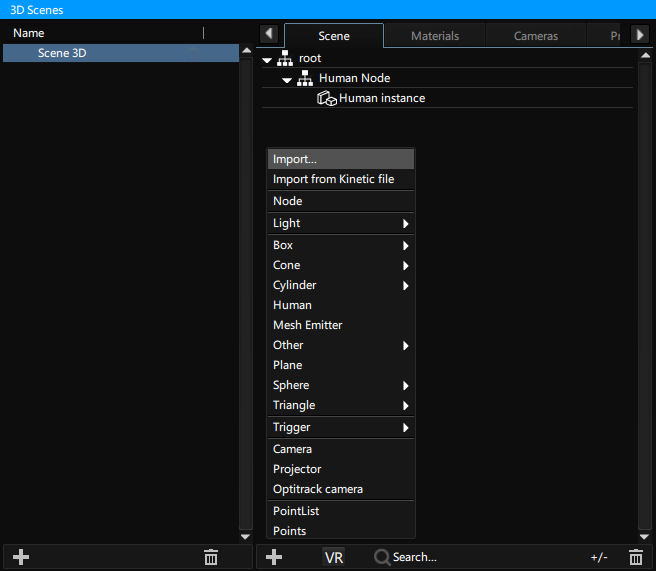 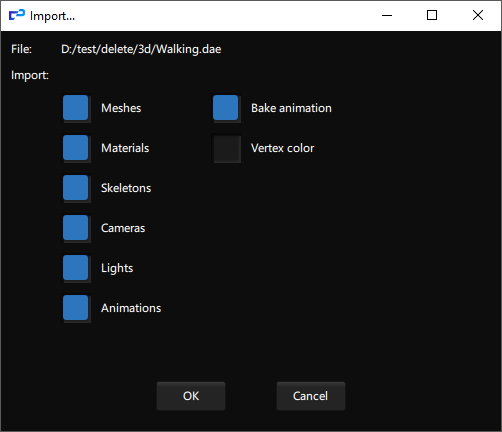 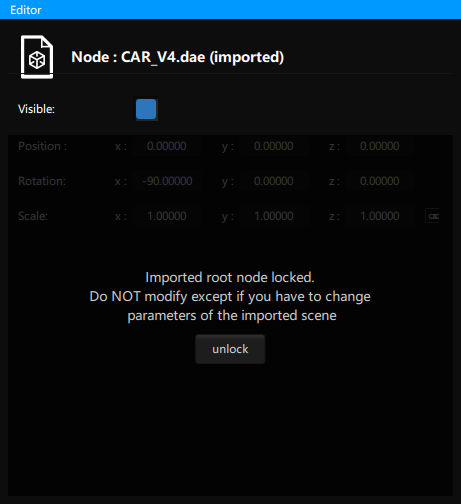 This option allows you to import only the projectors from another existing Kinetic project. 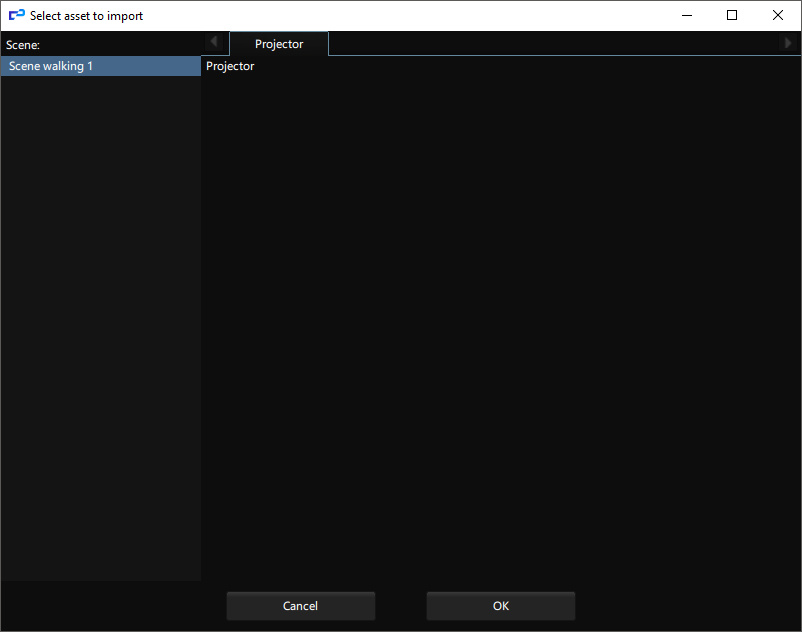 In the scene edit panel you will find the following items: 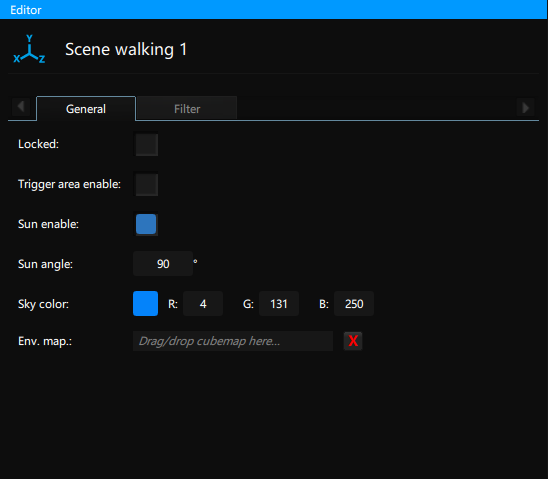 *We recommend to turn off the default light when creating 3D creations in order to have a finer control of the lighting with other light sources.

Environment map, or reflection map, is an efficient image-based lighting technique for approximating the appearance of a reflective surface by means of a precomputed texture image.
The texture is used to store the image of the distant environment surrounding the rendered object.
In Kinetic this environment map is in the form of an unfolded cube. This unfold must be in 4:3 or square format.

!This texture is VERY important for PBR materials and Substance because it is the main contributor to their lighting.

With the two textures above we obtain the following results (no light has been modified):

There is a very clear change in colors in addition to the change in reflections.

To modify this environment map, you must click on your scene in the 3D Panel to display its editor. You will then just have to drag and drop an image from your explorer directly into the “Env. map” field.

!Warning! Like all other assets in your project, these images must be on the same hard drive as your project.

In the editor of your scene there is a tab to filter its upload/download in the VNodes. By default all scenes are sent to all servers.
These filters work the same way as the media filters. 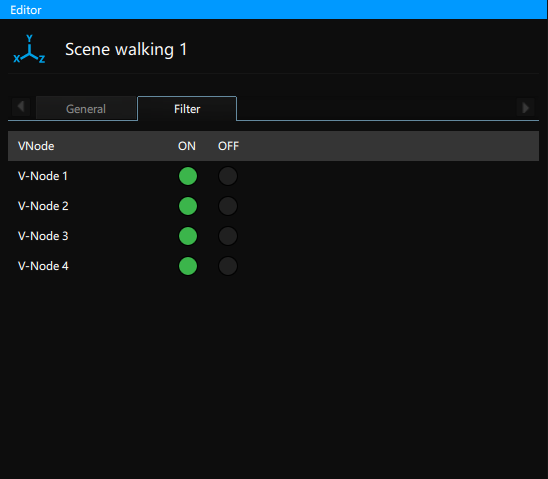 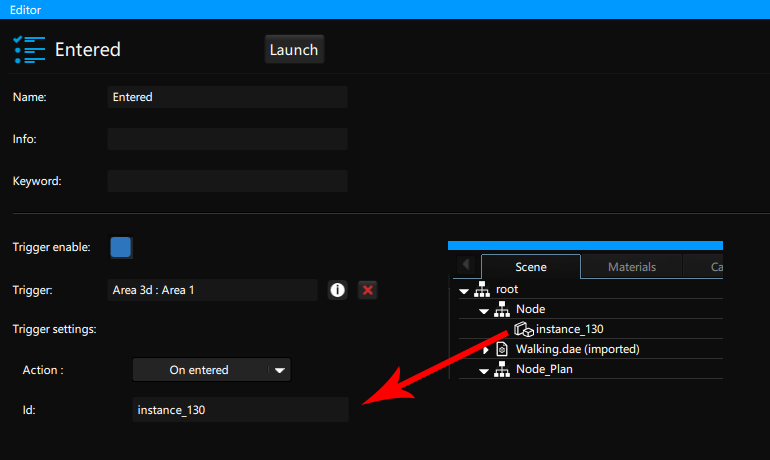